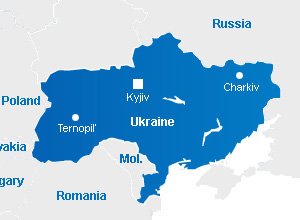 Ukraine has struggled with high inflation, an outflow of workers abroad, high levels of corruption and a weak business environment. Its economic development has been affected by the internal political crisis in 2014, which indirectly resulted in the illegal annexation of Crimea by the Russian Federation and the armed conflict in the eastern part of Ukraine, the most productive industrial part of the country. Ukraine’s recent economic recovery and macroeconomic stabilization have been supported heavily by the International Monetary Fund (IMF) in the framework of the four-year EFF cooperation programme approved in 2014. The country has seen high FDI inflows and GDP growth of 2-3% yoy for several consecutive years; although GDP per capita has remained very low – only 20% of the EU average and the second lowest level of all Central and Eastern European countries. Economic development was interrupted by the Russian invasion of Ukraine in February 2022, which negatively affected all sectors of the economy with a projected 45% decline in GDP. The invasion is expected to take a long-lasting economic and humanitarian toll.

*Excluding the temporarily occupied territories, the Autonomous Republic of Crimea and the city of Sevastopol.

The agricultural sector plays a major role in Ukraine’s economy contributing to the solid growth of the GDP. It accounts for 40% of export earnings and 20% of GDP. The main crops are cereals, sugar, meat and milk. Ukraine is the world’s fifth largest exporter of cereals and one of the top producers of sugar beets and sunflower oil. Ukraine also makes the top ten lists in terms of poultry, milk and egg products, and honey It is an important food exporter; with 400 million people worldwide relying on its food supplies. The country is rich in mineral resources, primarily on iron and magnesium, as well as in energy resources (coal and gas).

The secondary sector employs a quarter of the population and represents 28.6% of the GDP. The Ukrainian manufacturing sector is dominated by heavy industries such as iron (Ukraine is the world’s 7th largest producer of iron) and steel. These two sectors alone account for around 30% of the industrial production. Coal mining, chemical products, mechanical products (air planes, turbines, locomotives and tractors) and ship-building are also important sectors.

Ukraine’s machine building and metal-working industries depend on the production of ferrous and non-ferrous metals. Today, over 38,000 enterprises operate in the extraction and processing of metals and in the production of pipes and rolling stock. These include one of the world’s largest steel plants producing cast iron, steel, rolled stock, steel bars and pipes in Kryviy Rih, Dnipropetrovsk, Zaporizhzhia, Mariupol, and other cities.

Ukraine is one of the world's most important mineral producing countries, in terms of both the range and size of its reserves accounting for 5% of the world’s mineral resource stock. It has almost 8,000 separate deposits, harbouring some 90 different minerals, of which about 20 are economically significant - these include iron ore, coal, manganese (32% of global manganese production), uranium ore, natural gas, oil, salt, sulphur, graphite, titanium, magnesium, kaolin, nickel, mercury, etc. As for iron stocks, manganese, titanium and uranium ore, Ukraine is ranked first among European countries. Ukraine has also Europe's third-largest shale gas reserves at 1.2 trillion cubic meters.

The multi-branch chemical sector of Ukraine includes chemical, petrochemical and chemical-pharmaceutic sub-sectors with over 1,600 enterprises and structural units. The sector accounts for nearly 10% of industrial fixed assets and over 5% of all those employed by Ukrainian industrial sector. Before the war, chemical industry accounted for 9% of all Ukraine’s industrial exports. The sector is represented by production of mineral fertilizers, sulfuric acid, coke products, synthetic fibres, caustic soda, and petrochemicals. The industrial plants are mainly in Kyiv, Korosten, Sumy and Fastiv.

Ukraine operates thermal power plants (steam turbine and diesel types), hydroelectric plants and nuclear power plants. It is heavily dependent on the fossil fuels for its energy needs. The role of wind and solar power plants is also growing – the country has high average wind speeds, a good solar radiation profile, plentiful biomass raw materials, and numerous dams on the Dnieper River, all ideally suited for renewable energy. Ukraine operates four nuclear power plants, including the Zaporizhia, Pivdennoukrains’k, Rіvne and Khmelnytsky, and hydroelectric power generation cascades (6 large hydroelectric power stations on the Dnieper and 55 small stations on other rivers). Since 2022, Ukraine is a part of the European ENTSO-E electricity transmission system.

IT is the Ukraine’s fastest growing sector and remains resilient despite the war as the nature of the sector allows workers to work remotely. The number of people active in the industry amounts to almost 300,000. In 2021, the Ukrainian IT industry recorded a growth of 36% contributing by more than 4% to Ukraine’s GDP. Ukraine boasts the largest number of graduates with IT specialization in CEE. It is home to several global IT outsourcing companies. The largest tech hubs are located in Kyiv, Lviv, Kharkiv and Dnipro.

Until the annexation of Crimea, Russia was Ukraine’s largest trading partner. Subsequently, the EU became Ukraine’s largest trading partner, accounting for 39.5% of its trade in 2021. The trade between EU and Ukraine almost doubled since the implementation of the Association Agreement in 2017 by cutting tariffs and aligning the legislation between the EU and Ukraine.

Natural gas is Ukraine’s biggest import item and the main cause of the country’s structural trade deficit.