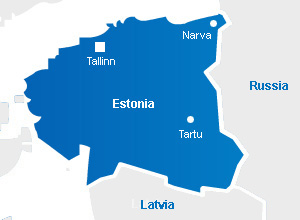 A small and heavily forested country
The most northerly of the three Baltic republics of the former Soviet Union. The Baltic Tiger.

Estonia, a member of the European Union and the eurozone, has a modern market-based economy and one of the higher per capita income levels in Central Europe and the Baltic region. Estonia’s successive governments have pursued a free market, pro-business economic agenda and have wavered little in their commitment to pro-market reforms. The governments have followed sound fiscal policies that have resulted in balanced budgets and one of the lowest public debts in the EU.

After an economic boom in the first decade of the 21st century (hence the term Baltic Tiger), Estonian growth in the second decade was affected by an unfavourable regional situation (European sanctions against Russia and the following counter-sanctions). GDP growth was mainly driven by domestic demand and wage rise. The Covid pandemic caused a GDP decrease of 3% in 2020 but was followed by a quick rebound. The lower economic impact of the pandemic is attributed to Estonia’s service-oriented economy, strong ICT and financial services sectors that enable teleworking, and the high digitisation of the private and public sectors. Estonia benefits from strong economic relations with the Scandinavian countries.

The country stands out mainly thanks to its IT sector (the invention of Skype, mobile payment systems, internet voting, multifunctional electronic ID cards, and cyber security initiatives), as well as its performance in the green energy sector. The country is considered a regional leader in terms of the favourable business environment, technological readiness, infrastructure, etc.

Agriculture accounts for only 2.2% of the GDP and employs around 3.5% of the workforce. With rich reserves of shale oil, Estonia draws a very large part of its energy production (about 80%) from this resource, which gives it self-sufficiency in terms of electricity production. Arable land and permanent crops cover roughly 1.1 million ha, with 2 million ha under forest. The main crops include cereals, potatoes and vegetables.

The services sector is the most developed (in particular transport and logistics, biotechnology and financial services) and accounts for roughly 60.4% of the Estonian GDP, employing around 66.2% of the active population. The ICT sector shows the strongest performance, accounting for around 7% of total GDP and 4% of total employment (the country invested in this sector and created the TalTech’s School of Information Technologies, and the Centre of Excellence in ICT Research – EXCITE).